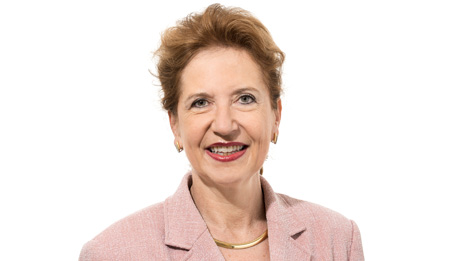 With its growing network of partner universities and alumni associations throughout the world, the University of Zurich has marked its presence in the international world of academia – and is also increasingly involved in global competition for the best minds and research funds.

UZH has set itself the clear objectives of assuming a leading role in global research and belonging to the world’s best research institutions in selected fields. But, to succeed in the competitive global environment, the University is called on to develop innovative solutions: How can UZH increase its international visibility and attract talent to Zurich? UZH’s Internationalization Strategy 2014–2020 provides the answers. It was developed on the initiative of Andrea Schenker-Wicki, Vice President at UZH and president of the International Relations Commission, which was responsible for formulating the strategy.

The overall aim of the strategy is to reinforce the mission statement of the International Relations Office, to consolidate existing projects, and to set priorities. The Executive Board of UZH approved the strategy at the end of 2013, and individual aspects are already being put into action.

For instance, enhancing UZH’s visibility abroad has already been widely addressed. The University of Zurich is intensifying its contacts with embassies and swissnex offices. The latter serve Switzerland as a platform for knowledge exchange in research, teaching, the arts, and innovation, and are the contact point for alumni groups established at swissnex locations worldwide.

To promote networking, other alumni groups will be founded abroad, and the fact that UZH’s is increasingly bilingual (German and English) represents a key step toward augmenting international visibility.

The clearest sign of the new strategy will be an international house for foreign guests at UZH itself, which is due to open its doors in 2017/2018. The idea is to offer scholars and students from all over the world support and networking opportunities during their stay at UZH. The search is currently on for a suitable site.

In addition to the projects that are already underway, the International Relations Commission has set three priorities:

Second, UZH will continue to promote sustainable development and to support research collaborations with developing and threshold countries. The existing North-South Cooperation program centered on Africa will be expanded to include other regions of the world.

Third, the strategy will strengthen the mobility of UZH students. Mobility programs will be particularly developed in degree programs that have no compulsory courses and that are therefore ideal for a stay abroad.

In addition, the network of non-European partner universities will be expanded in order to offer UZH students more opportunities to study abroad. The idea is, however, not to neglect Europe. According to Schenker-Wicki, Switzerland’s readmission to the Erasmus program is a major goal. “Europe is our home continent. Students can get to know a tremendous variety of cultures in a small area and learn important lessons,” she says, while also stressing the importance of including partner universities from outside Europe in the network.

Next decisions due in the fall

Many UZH students would like to do an exchange semester in the USA, Australia, or Asia, which means that UZH’s appeal to foreign students must be enhanced. Welcoming foreign students to UZH is, after all, the main prerequisite for UZH students to be able to complete a stay at a partner university abroad.  A “Zurich semester” would include German lessons and lectures on European culture and politics. The International Relations Office at UZH now has the task of formulating measures to implement these priorities. The  Executive Board will decide on the proposals in the fall of 2014.