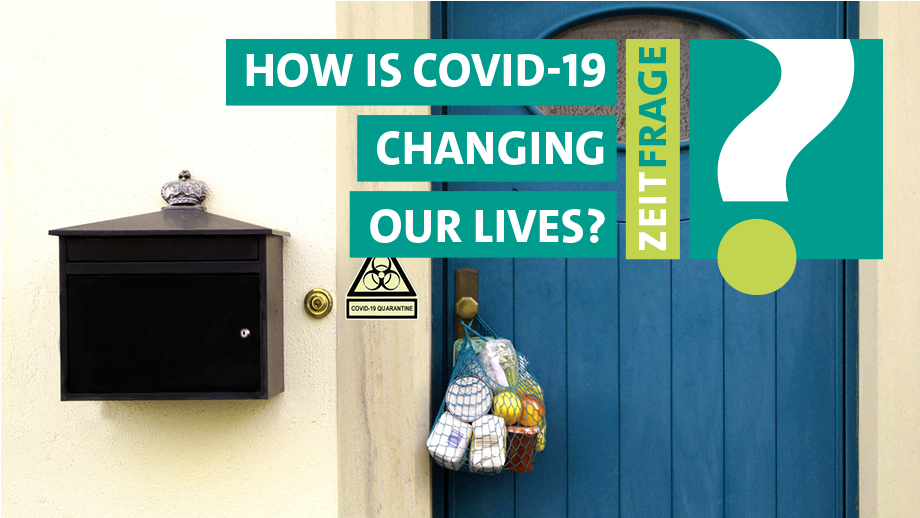 In order to overcome the Corona crisis, it is essential that we stick together. (Image: istock/Imagesines)

Singing paeans to solidarity and praising the virtues of selflessness is the flavor of the month. Acting for the greater good is vital and valuable and, it would seem, the key to overcoming the problems caused by coronavirus. Many acts of solidarity are demanded of us these days: Keep your distance, stay at home, wash your hands, don’t hug or shake hands, don’t meet friends (or only meet online). And solidarity will certainly also be required when it is time to clear up the detritus left in the wake of the crisis. Once the coronavirus has been defeated – or at least neutralized to the extent that we can live our lives without too many restrictions – we are likely to be left with financial damage that will burden our economy and social system for years to come.

Solidarity has therefore taken on something of an existential dimension. But solidarity, claim sociologist Heiko Rauhut and psychologist Johannes Ullrich, is a fickle lover. According to the researchers, it is “cognitively overwhelming” (Ullrich) and the fact that we help each other at all is “an evolutionary miracle” (Rauhut).

Solidarity doesn’t come easily to us. The reason, says psychologist Johannes Ullrich, is that it requires a huge cognitive effort. In order to act in a way that benefits the group, we have to be able to recognize the bigger picture. In terms of the coronavirus pandemic, that means recognizing the necessity of maintaining social distance in order to curb the spread of the virus. We have to do that even though we don’t really feel like it and we would rather carry on going to work and socializing with friends as usual.

We therefore have to look past our individual perspective and consider the situation as a whole. That is a Sisyphean task, says Ullrich, because it means a lot of pain with no personal gain. “From what we know about how humans learn, it seems incredible that we would manage not just to recognize the situation, but also to behave accordingly,” says Ullrich, professor of social psychology at UZH. After all, we receive little or no reward when we do the “right” thing. On the other hand, when we satisfy our immediate desires – by spending an evening with friends or taking a stroll by the lake – the synapses in the reward center of our brain fire on all cylinders. This reward system has a strong effect on our behavior (more please, whispers the little voice in our head). At the same time, our good intentions to abstain from pleasures for the benefit of all fly out of the window.

Acting with solidarity in the time of coronavirus means postponing the fulfillment of one’s own desires, sometimes indefinitely. “Psychologically, that means accepting that the reward will be delayed,” explains Ullrich. Taking such a long view is difficult for us because we are naturally short-sighted: “Our attention is directed to the requirements of the here and the now, and not to things that may or may not happen at some point in the future.” That’s why we find it difficult to accept delayed gratification – whether it’s the famous marshmallow test conducted with children to find out if they are able to suppress their immediate desire (to eat the single marshmallow) for a future gain (getting two marshmallows later), or relinquishing a sum of money now with the expectation of getting a higher sum later.

Acting with solidarity is mentally demanding – not only from a psychological point of view, but also sociologically. Solidarity, a form of cooperation, demands that each individual makes sacrifices in the interest of the collective. But here’s the catch – the sacrifices seem relatively large to the individual, for example not flying on vacation for the sake of the environment, but actually only have a marginal effect, e.g. on reducing global warming. “Each person has to weigh up in their own mind the extent of the personal sacrifice and the benefits it will bring,” says professor of sociology Heiko Rauhut. We may conclude that the price is too high and decide not to do it. But individual abstinence only becomes effective when lots of people do it. Another potential problem for solidarity is its interdependence – it is dependent on the behavior of others. In theory, people are willing to act for the greater good. But whether and the extent to which they actually do so depends heavily on how the rest of the herd behave.  “We watch what others are doing: If they stick to the rules, then we do too,” explains Rauhut.

The reverse is also true: If the others lack self-discipline, then we will also be less strict with ourselves. “Role models are thus important,” says Rauhut. “Exhortations by celebrities for us to stay at home were certainly helpful in the corona crisis.”

What is less helpful is when the bellwether is someone like Donald Trump, whose behavior and tweets undermine all the well-meaning calls for caution. Our willingness to cooperate, on which solidarity is ultimately based, is a delicate flower because it actually goes against our nature, says Rauhut. “Acting with solidarity means giving others something that you could do with yourself.” In earlier times, it might have been a piece of juicy meat, in these times of corona it is renouncing social contact – which is also a basic human need. Giving away something you need yourself without getting anything in return is a luxury that we actually cannot afford. “If all individuals in a species always behaved unselfishly, the species would die out,” says Rauhut. “It’s an evolutionary miracle that humans cooperate.”

In addition, when we do cooperate it is mainly based on reciprocity – give and take, tit for tat. These are often long-term strategic forms of cooperation, for example within the family, the workplace or the neighborhood: If I help my colleague today, she will help me next time I need help. Of course we would rather live and work with cooperative helpful people than with egocentric individuals, so it can be worth being seen as altruistic.

But even if we like to present ourselves with a glowing altruistic halo, deep down we are penny pinchers who think very carefully about what we are giving and what we will get in return.  “Research has shown very clearly that we are certainly prepared to cooperate when required,” says Rauhut, “but preferably a bit less than the others are doing.” This mechanism can work to our benefit – but it can also lead to solidarity quickly breaking down. If we see that others are doing less than us, then we will also start to do less.

What can be done to help us maintain solidarity over a longer period of time? The psychologist and the sociologist have two answers that lean in the same direction: “We need rules that are binding for everyone,” says Ullrich the psychologist. And: “Punishment, or the threat of punishment, can help everyone keep on the straight and narrow,” says Rauhut the sociologist. At the same time, however, he points out that punishment can also be counterproductive, since it undermines our intrinsic motivation, that is our own internal drive to behave with solidarity. Research has uncovered a phenomenon dubbed “a fine is a price”, i.e. a fine is simply the price of not sticking to the rules. Rauhut gives the example of a kindergarten where the parents were sometimes late picking up their children, so the kindergarten introduced fines for late parents. The result was that the parents arrived late even more often. They saw the fine as a price they could pay to stay in the office a bit longer. “In effect, the fine was counterproductive. It simply reinforced the behavior it was intended to change,” says Rauhut.

It is therefore important for authorities to think carefully about how infringements against rules will be punished, and how high the penalties should be. For Rauhut, it is a good idea if the police first have a quiet word with people who are not sticking to the corona rules instead of immediately imposing a fine. The same principles apply to communications by the authorities during the pandemic: Appealing to people’s sense of duty and using transparent and rational arguments to get the population on board is the right approach, believes Rauhut. “In a democratic society, that works better than rigid bans.”

During the corona crisis we have indeed behaved with considerable solidarity – the question is whether any of it will remain once the crisis is over. Johannes Ullrich is optimistic: “Maybe we have actually learned something – that we can reach a common goal if everyone pulls together and temporarily refrains from satisfying their immediate desires.”

Working together for a common goal

Acting with solidarity actually goes against our nature. Despite this, the corona crisis has shown that we can achieve a collective aim if we are willing to delay the satisfaction of our own needs for the good of the group.