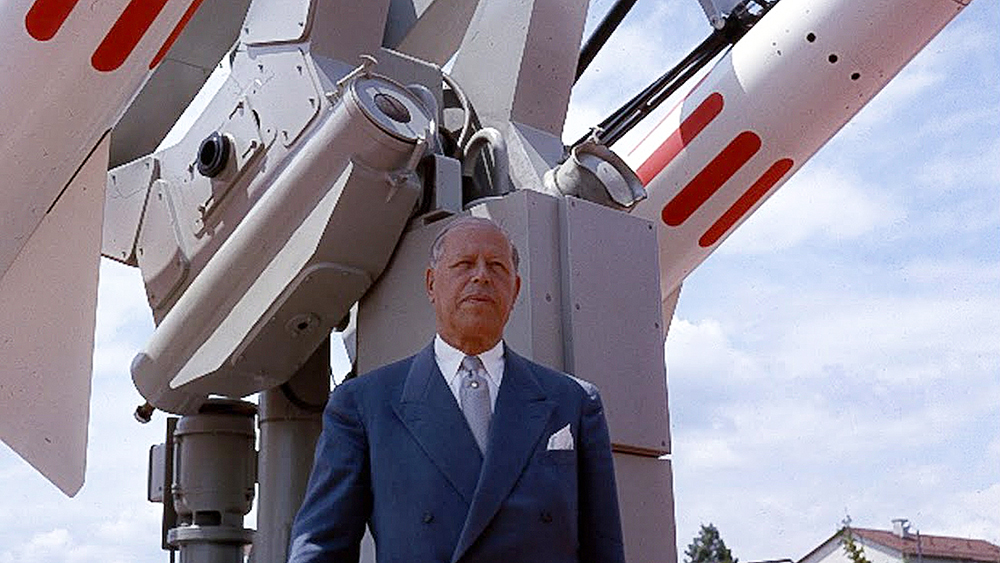 Matthieu Leimgruber, in your study commissioned by the City and Canton of Zurich, you explore the origins of Zurich industrialist Emil Bührle’s art collection and how it was financed. What are the key findings from your work?

Matthieu Leimgruber: There’s a myth that Emil Bührle remained something of an outsider in Zurich. This is false – Bührle was in fact a well-integrated member of the Zurich elite. The Zürcher Kunstgesellschaft played a crucial role in this. Over a period of almost 20 years, Bührle cultivated close cultural, as well as social and political ties with its chairman, banker Franz Meyer-Stünzi, who was also his neighbor. This alliance was mutually beneficial. While Meyer-Stünzi “used” Bührle from 1940 to fund the Kunsthaus, Bührle gained access to the city’s political elite through prominent figures like Meyer-Stünzi.

You allude to the myth of Bührle as an outsider. Where do you think this comes from?

I didn’t analyze the complete history of public perception of the Bührle family – that would be an interesting research project, actually – but today the family’s image is often tarnished by the arms exports to Nazi Germany and by the later Bührle Scandal of 1968, when – despite a Swiss embargo – anti-aircraft guns from Oerlikon ended up in Nigeria, where they were deployed in the civil war in Biafra. This subsequent scandal distorts the view of Emil Bührle as someone who in his day was able to position himself as a key figure of the Zurich elite. But he was not only a key member of bourgeois right-wing and pro-German circles, his patronage activities also went down well with the Social Democrat mayors during the “Red Zurich” period, Klöti, Nobs and Lüchinger.

In other words, the key to Bührle’s social acceptance was his involvement in the art scene?

Exactly. What is interesting – and this is the second central conclusion of my study – is that Bührle was just as strategic about buying art as he was in his role as an industrialist. For example, there is a letter written in 1939 by the painter and art dealer Carl Montag from Winterthur that outlines how Bührle should build up his future art collection. One of the things Montag wrote is that it would require “substantial audacity” to put together a collection comparable to Oskar Reinhart’s in a short space of time. The aim was to create a lasting work and to make “Bührle Zurich” into a place of pilgrimage for fine art like the Am Römerholz collection in Winterthur.

It appears this strategy was implemented and worked.

You could say that. The forthcoming transfer of around a third of the works from Emil Bührle’s collection to the Kunsthaus is the last stage in a process that began in 1940. 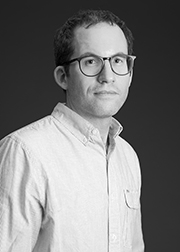 Matthieu Leimgruber is associate professor of modern history and Swiss history at the UZH Department of History (Image: zVg.)

When reading your report, it’s hard not to be amazed by the rapid rise of Emil Bührle, who came to Switzerland from Germany in 1924 as a young company executive from the Magdeburger Werkzeugmaschinenfabrik to restructure the Werkzeugmaschinenfabrik Oerlikon (WO). The company had 140 employees at the time. In 1956, it had 6,000. How did he manage that?

It was thanks to the family of his wife Charlotte Schalk that Bührle got the job at the Magdeburger Werkzeugmaschinenfabrik in the first place, and that he later secured the capital to acquire a majority shareholding in WO in 1929. In the 1930s he took advantage of the rearmament boom, initially selling arms worth around CHF 60 million to the Allied powers until the Fall of France in 1940, and then to the Axis powers for over CHF 500 million (up until 1944).

The Second World War made Bührle rich. But after the war, the federal government banned arms exports. And yet Bührle’s arms factory survived. How?

Bührle had made so much money that he was able to survive this difficult period. He was the sole owner of the company with assets of around CHF 150 million. In 1945 – and until his death in 1956 – he was therefore the richest person in Switzerland by far. But crucially, the beginning of the Cold War brought a second armaments boom. This time, Bührle did good business particularly with the United States, to whom he supplied missiles to the tune of CHF 150 million from 1950, and from 1954 he benefited from the Swiss Army’s extensive armament program, which secured the WO orders worth several million Swiss francs.

As your report shows, Emil Bührle’s success as an art collector was based on the capital he acquired from arms trading, while building up networks that allowed him to access the art market. What parallels do you see between these two areas?

Emil Bührle’s approach to the art market was the same as his approach to the armaments market: adaptable and opportunistic. He was the same, regardless of whether he was dealing with anti-aircraft guns or valuable works of art. He haggled over the price of every painting, just as he negotiated the prices of his missiles. And Bührle also mobilized important networks in the art market, dealt with sometimes dubious intermediaries during the Second World War, and made efficient use of his abundant capital. Ultimately his art purchases left behind fewer traces than the activities of his arms factory. Yet they illustrate the comparable lack of transparency in the art and arms markets and the many gray areas and interdependencies, which are intensified in times of war. This is what Bührle exploited and benefited from.

Is there still any plundered art in the Bührle collection, of which a part (around 200 works) is to be transferred to the Kunsthaus?

Since 1946, there have been 13 known cases of plundered art in the Bührle collection. The works were returned to their rightful owners between 1948 and 1951. Bührle subsequently bought back nine of the paintings. The Foundation’s provenance research has not identified any other cases of plundered art. I think we can now consider this discussion closed. But there are still what are known as flight assets, which are artworks that were not stolen but that may have been sold by their owners under duress, e.g. to fund their escape. Such flight assets were an opportunity for art collectors to get their hands on valuable works for comparatively low prices. Exclusively focusing on plundered art therefore only allows a partial discussion about the art market before, during and after the Second World War.

By accepting the works from the Bührle collection, is the Kunsthaus on solid legal and moral ground?

It’s not my job to pass legal or moral judgment. However, the study clearly reveals how and with which means Bührle built up his art collection and where the problematic aspects lie. It is now the responsibility of the party who commissioned the study and the Kunsthaus to decide how to convey this when the works are exhibited. 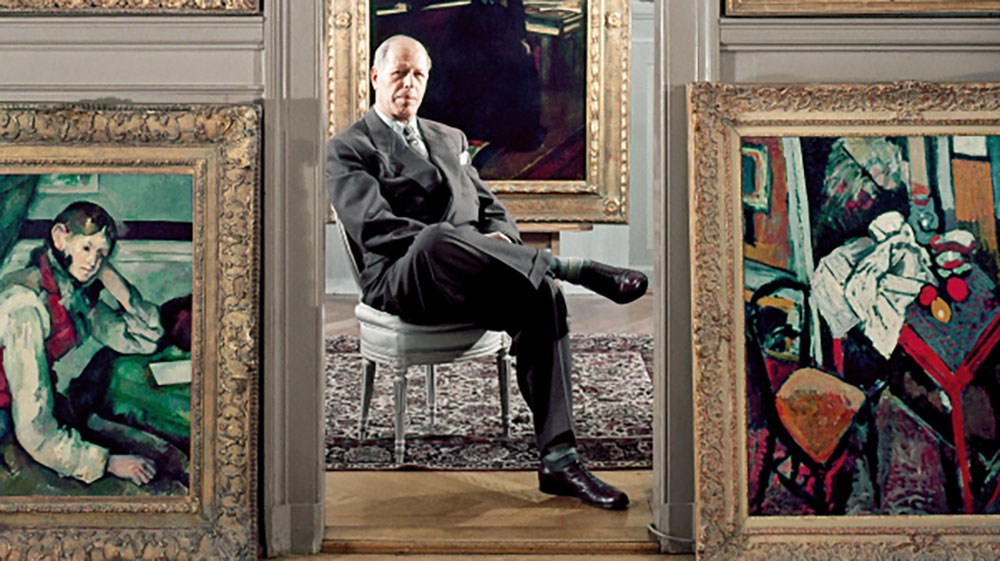 In 2021 the David Chipperfield extension of the Zurich Kunsthaus will open, displaying works from the E.G. Bührle Collection. The entrepreneur, art collector and patron Emil Bührle (1890-1956) is still controversial today. The city and canton of Zurich have therefore commissioned Matthieu Leimgruber, Professor of Modern and Swiss History at the University of Zurich, to investigate the origins of the collection. The aim is to show the connections, convergences of interest and conflicts of interest between the economy, politics and the art market before, during and after the Second World War.

The present research report "War Business, Capital and the Kunsthaus - The Emergence of the Bührle Collection in a Historical Context" shows the parallel rise of Bührle as an arms manufacturer, social networker, art collector and patron.