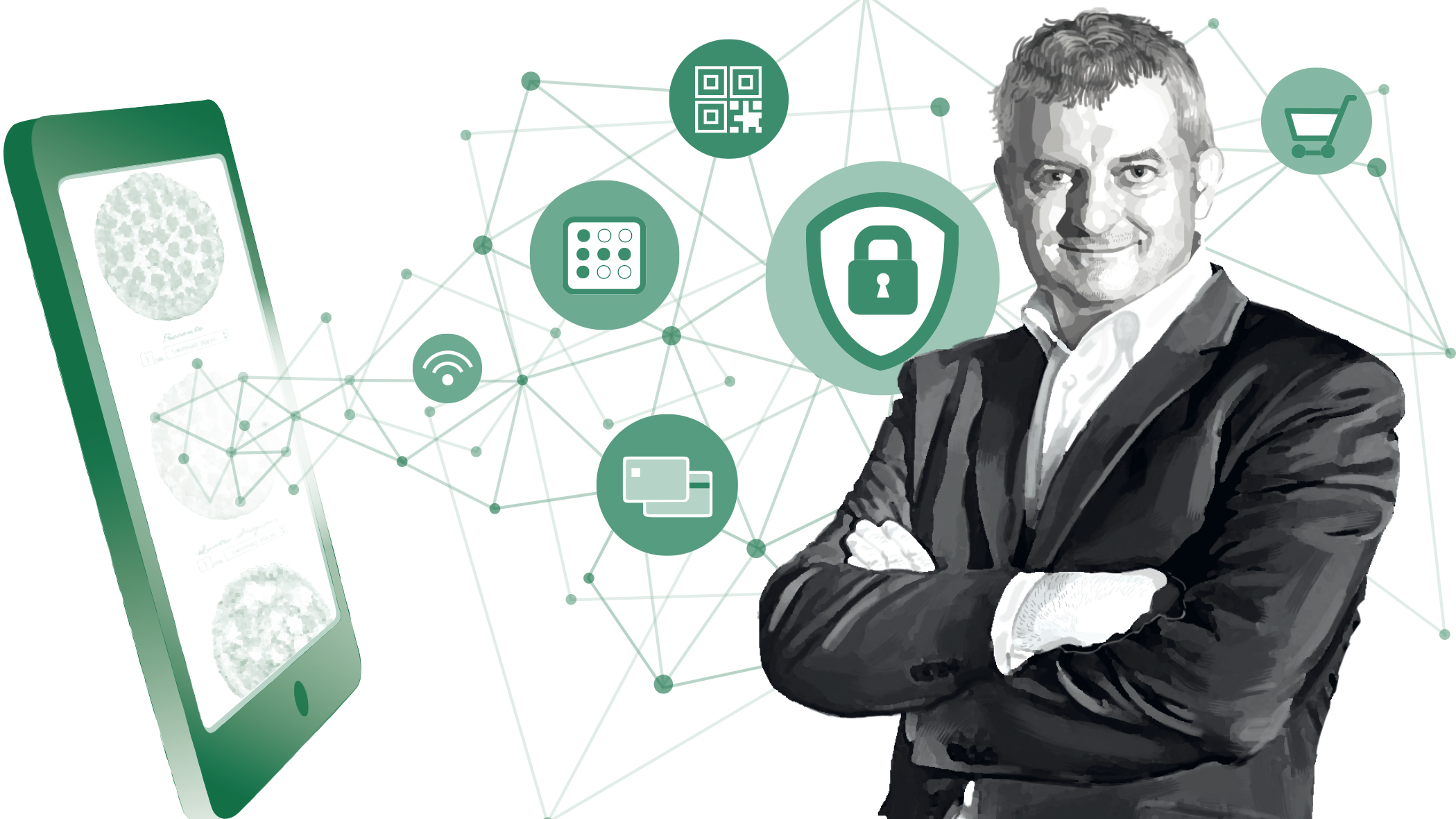 A digital native before the term was even invented, Andrej Vckovski was already fascinated at the age of twelve by the computer that his father, a building engineer from Macedonia, had bought for his company.  That was back in 1977, when computers were still a rarity in the working environment. “At that time, computers were weird things that only freaks had anything to do with,” Vckovski says – while today we can hardly imagine a world without these miraculous multi-tasking machines.

Society is now in the full throes of digitalization, and Vckovski (53) is at the forefront, running the Zurich-based IT company, Netcetera, one of Switzerland’s leading software developers. With a staff of over 450, it has offices in Switzerland, Germany, Austria, Liechtenstein, Macedonia and the Middle East.

From Business to Science

Vckovski set up Netcetera 22 years ago together with four fellow students at UZH. After studying environmental physics at ETH, he first worked in a software company where he was a partner. When the company went bankrupt in the early 90s’ recession, Vckovski had to re-think. He moved into research and started work on a thesis at the Department of Geography at UZH, where his supervisor, Kurt Brassel, was pioneering the development of geographic information systems, a field of research with a strong focus on informatics.

“Even while I was studying physics, I noticed that data management systems in science were amateur and rudimentary,” Vckovski says. This led him to reflect on how database systems in the business world could be redesigned for use in science. He was then already starting to explore big data too – a topic that no modern scientist today can avoid – and examined how heterogenous performance data from several sources could be integrated and made usable for research purposes.

The IT specialist and four colleagues – or actually soulmates, Vckovski says – were also concerned about the department computers’ system administration. “We felt that a lot could be organized more efficiently,” he says, and together they set about optimizing and modernizing the department’s informatics landscape. At the same time, Vckovski developed an intense interest in the emerging internet, with the result that the Department of Geography had its own website as early as 1993.

“I thought then that only we in the academic ivory tower knew about the internet,” Vckovski says. But a trip to a conference in the USA proved him wrong when he realized that the web was already being used there for commercial purposes. Inspired by this USA experience, he shortly came up with the idea at a party in Zurich of amalgamating the five fellow students’ joint expertise into a business idea. With the aim of developing services and products to bring content onto the internet, Netcetera was officially founded in early 1996.

But the new company was not going to be launched without a product. The Netcetera creators teamed up with an innovative pizza courier to develop a tool that led to Switzerland’s first online pizza order. “After days and nights of hacking sessions in my communal flat, we brought it out it in January 1996,” Vckovski says and laughs. “Although you could order the pizza online, the order was forwarded by fax to the pizza baker.” After this, things quickly took off – and the entrepreneurs didn’t have to wait long before more and decidedly bigger customers came along. By the end of the same year, they had already won Zürcher Kantonalbank as their first major client.

Sights on the Future

Since then, Netcetera has grown steadily, making a name for itself with software solutions for digital payments and by developing apps – including Wemlin, a real-time public transport timetable. Today, Vckovski and his team are busy anticipating the future in view of developments like augmented reality and machine learning, for example. “For us as a company, it is vitally important to work with new technologies. It’s an integral part of our DNA,” says the internet pioneer.

This article was published in UZH Journal 2/2018