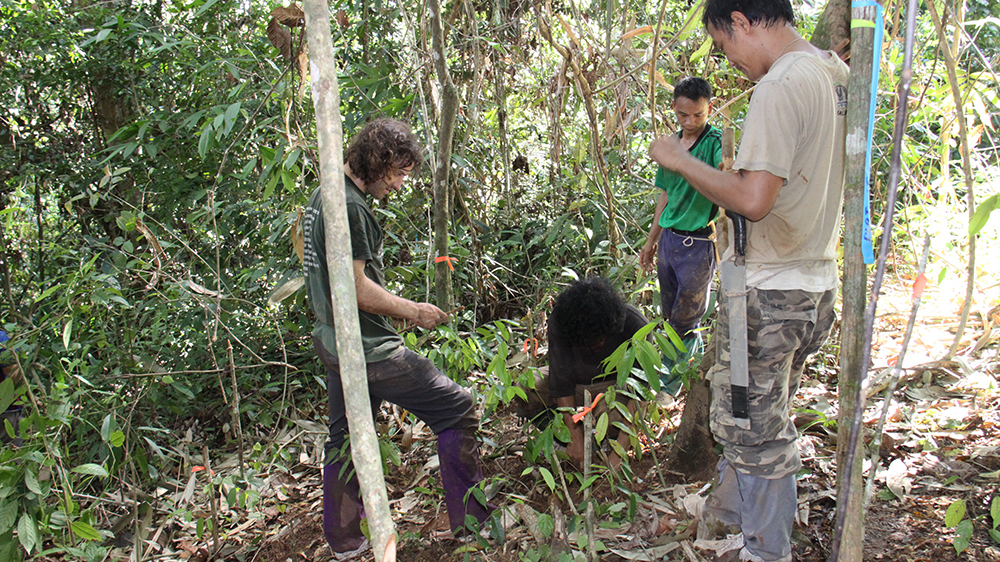 Climate change will bring with it greater extremes in weather, in terms of both temperatures and precipitation. How do forests in tropical zones react to phases of drought? Does their biodiversity make a difference? “Forests are one of the most important ecosystems regulating the climate and the CO2 content of the atmosphere, so we urgently need answers to these questions,” explains biologist Michael O’Brien. He has come up with some initial answers within the framework of the Global Change and Biodiversity University Research Priority Program (URPP), with a paper published in the prestigious journal Nature Ecology & Evolution underscoring the importance of biodiversity. Biodiverse communities of trees are better at coping with phases of drought than uniform monocultures. This, at least, is the conclusion drawn from multi-year experiments with tree saplings.

The URPP’s test site in Borneo provides good climatic conditions for this type of experiment design. The rainforests in the Danum Valley and Malula Forest get annual rainfall of around 3,000 millimeters. There O’Brien worked with Andy Hector, now at the University of Oxford, and local helpers to plant 20 test areas with communities of varying diversity made up of four local tree species. In early 2014 plastic sheeting was used to shield half the test areas from the rain for three months, and a year later for five months. Dry spells of this sort in tropical regions match future conditions predicted by models and conditions already occurring as a result, for example, of the El Niño phenomenon. The growth of all the young trees was measured regularly. 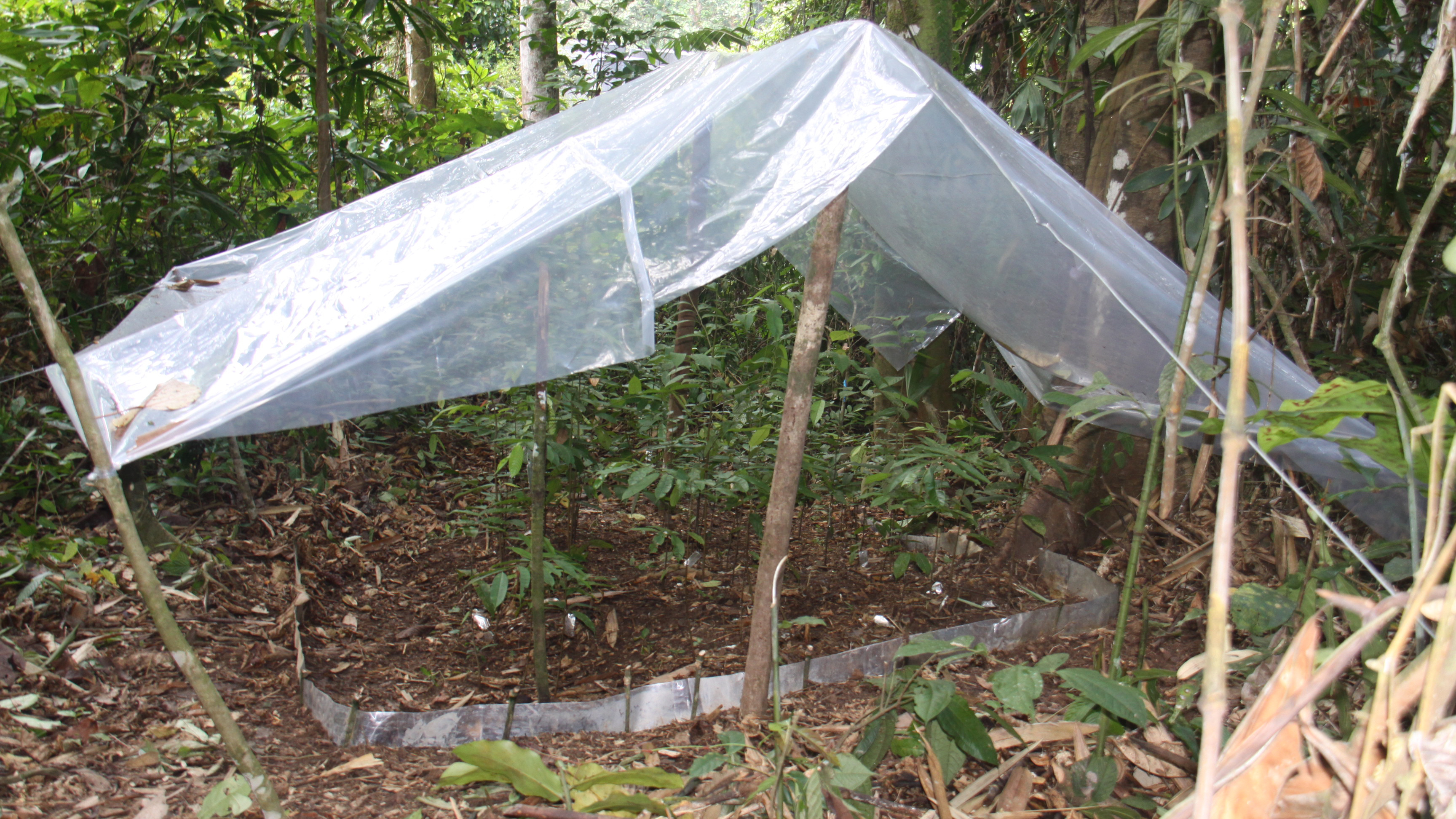 The three-year experiment showed that all communities of tree saplings reacted to the water scarcity, but to very different degrees. “Biodiverse communities grew almost as well under conditions of water scarcity as in normal conditions,” says O’Brien. Growth in monocultures, by contrast, slowed substantially, by around eight percent. Leaf measurements showed that this slowing in growth was due to a lack of water rather than reduced photosynthesis.

“Young trees of the same species compete more fiercely for water than young trees of different species,” O’Brien continues. But this also means that water scarcity itself is an important feedback mechanism in terms of biodiversity. Because there is less competition for water between individual trees in biodiverse forest populations, periods of drought promote mixed communities. By the same token it also means that the response of less diverse forests to dry spells is more pronounced, which could further accelerate the loss of biodiversity. “The biodiversity of tropical forests should be protected as much as possible to prevent this negative feedback mechanism from occurring under the climatic conditions of the future,” says O’Brien.