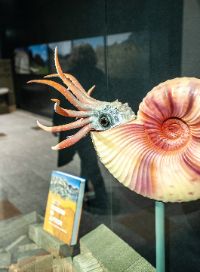 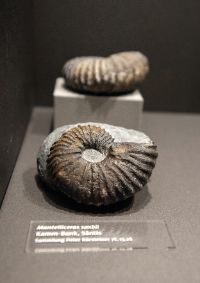 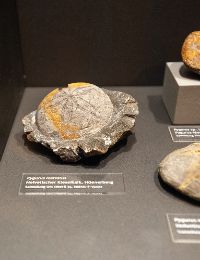 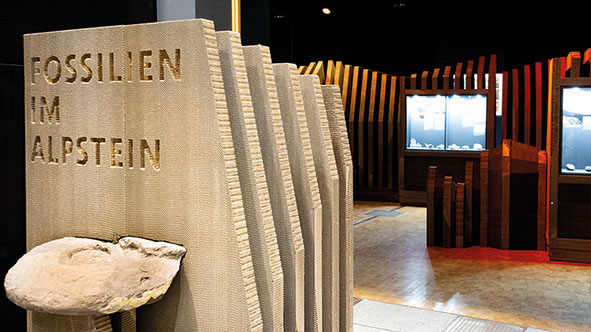 The showcases with the exhibits, designed in Ecocell, reproduce the three Alpstein chains in abstract form. (Image: Zoologisches Museum UZH)

Thanks to three fascinating mountain ranges and its spectacular scenery, the Alpstein is well known both throughout Switzerland and globally. It was even described as “probably the most beautiful mountain range in the world” by Zurich geologist Albert Heim. But the Alpstein is less known for the many fossils that are buried deep in its rock, which researchers have been collecting and studying for over two centuries. A new special exhibition at the Zoological and Paleontological Museum of the University of Zurich is now putting these fossil marvels center stage.

The exhibition takes visitors on a journey back over 100 million years ago to a world of primordial sea creatures: corals, sponges, moss animals, bivalves, snails, sea urchins, ammonites, nautiluses, prehistoric sharks and ichthyosaurs. “Most visitors to the Alpstein will be unaware that they’re walking on rocks that formed in a subtropical, shallow sea some 145 to 65 million years ago,” says museum director Isabel Klusman. “Most of Switzerland was under water back then. Some of the creatures were buried and preserved in rock, and later brought to the surface by the folding of the Alps.”

Recycled paper to recreate the Alpstein

The exhibits stem from the collection of the Natural History Museum in St.Gallen and various private collections. They are presented in 20 display cases made of Ecocell, a special material derived from recycled paper and produced in the Lake Constance area. These display cases were designed to recreate an abstract version of the Alpstein range for exhibition visitors to enjoy.

The special exhibition is based on the book Fossilien im Alpstein – Kreide und Eozän der Nordostschweiz (“Fossils in the Alpstein – the Cretaceous and Eocene in Northeastern Switzerland”) edited by Christian Klug und Peter Kürsteiner. “While Alpstein fossils have been collected and studied for more than two centuries, until recently there was no up-to-date compilation of the fossils found there,” says UZH paleontologist Christian Klug. “Across almost 400 pages and 1,200 pictures, our book provides the first-ever overview of fossils that also occur elsewhere in the northern Alpine chains and that interested hikers with a keen eye can discover on one of their next visits to the Alpstein.” 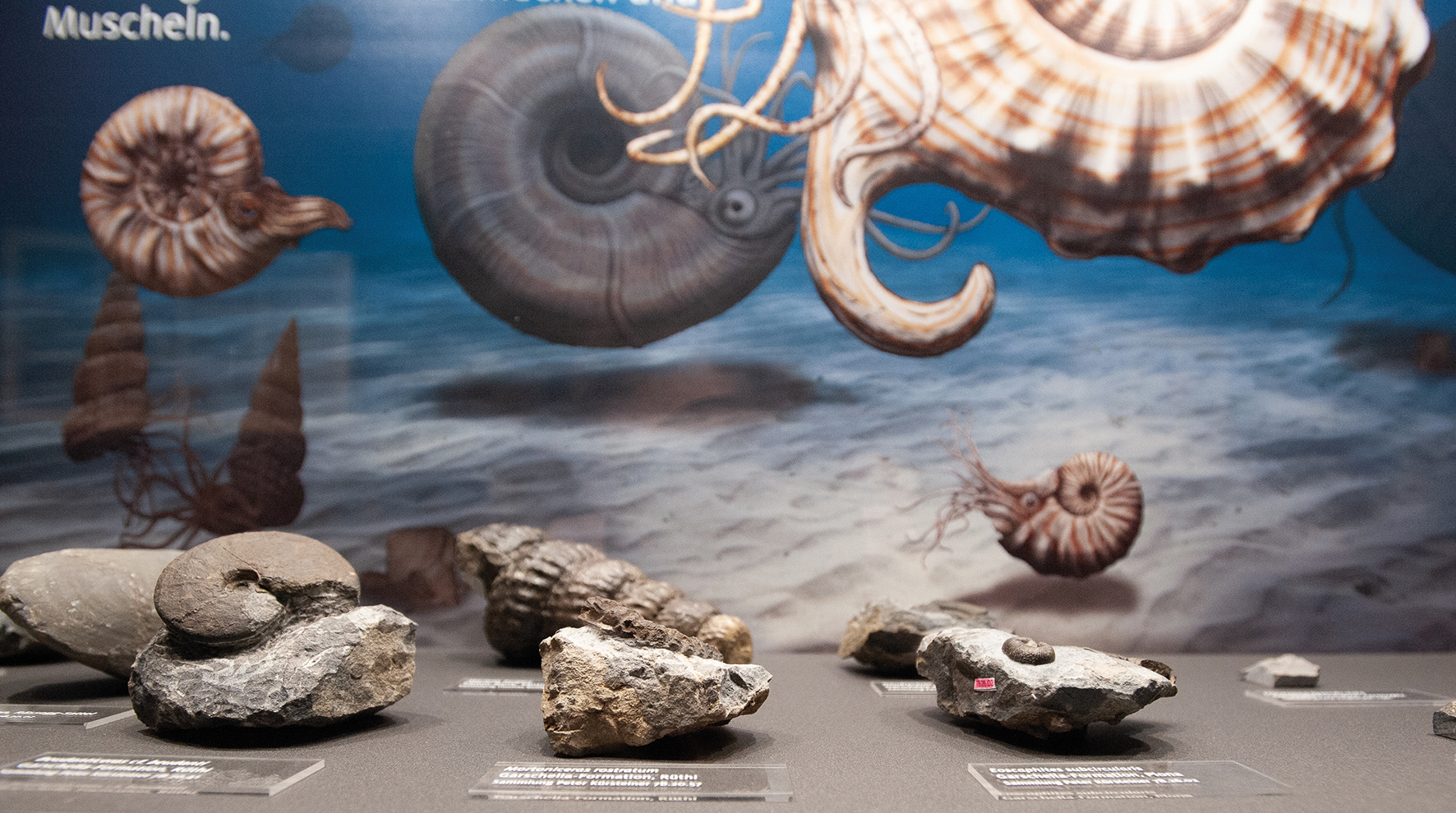 Zoological Museum of the University of Zurich
Karl-Schmid-Strasse 4, 8006 Zurich
5 April to 18 September 2022
Tue-Sun, 10:00am–5:00pm, free admission
The exposition is only in German.
www.zm.uzh.ch

Special events for the general public