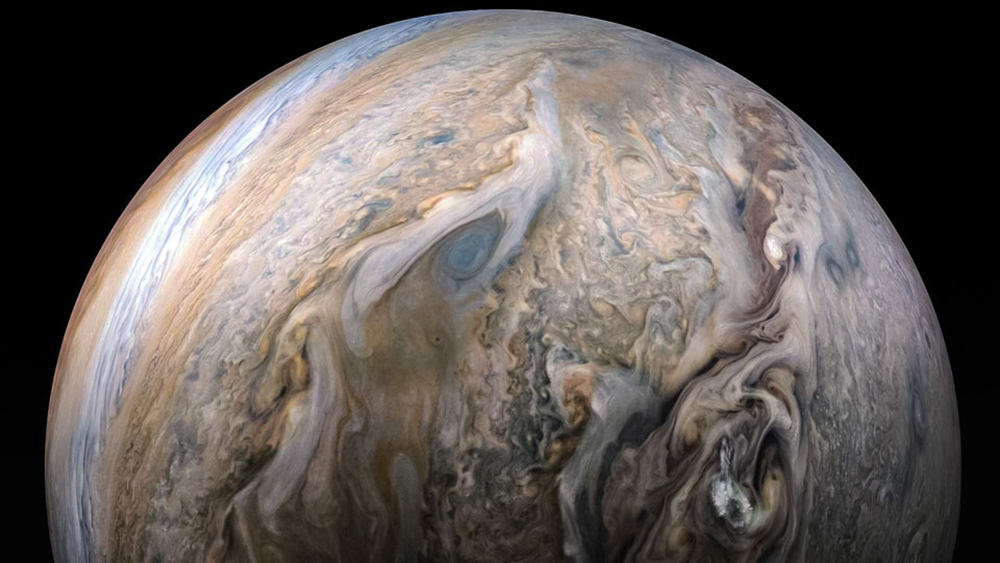 Earth is a terrestrial planet. It consists of a mostly solid rocky crust and molten mantle, which flow on a liquid outer metal core. This core, in turn, is centered by a solid inner core of metal. Knowing these things helps us understand our home world. Explaining the existence of mountains, for example, or its magnetic field, would otherwise be difficult.

Gas planets are another story. They mostly consist of light elements and are thus are fundamentally different from that of Earth and co. “Understanding these planets requires knowledge about the behavior of their main constituents – hydrogen and helium – under conditions that do not exist on Earth,” explains Ravit Helled, professor of theoretical astronomy at the University of Zurich. She and her colleagues reviewed recent progress of this knowledge and combined it with new space mission data to paint an updated picture of the giant gas planets of our solar system: Jupiter and Saturn.

Interface between two fields of physics 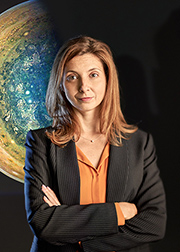 Ravit Helled is a professor of theoretical astronomy at the University of Zurich. (Image: Jos Schmid)

These planets are anything but new objects of scientific interest. “For decades scientists have tried to estimate Jupiter’s core mass and bulk composition, but there has been little consensus,” Helled points out. One of the main difficulties of learning about these planets is that there are no direct measurements that could reveal information about their interior structure, like for example seismic measurements. Instead, scientists have to rely on indirect measurements like mass, radius and the planet’s gravity field. The latter reveals how mass is distributed within them. “Thanks to the precise measurements of the NASA Juno and Cassini missions, we have a much better idea about the gravity fields of Jupiter and Saturn,” says Helled.

Meanwhile, back on Earth, scientists also progressed in an entirely different area: experimental techniques using diamond anvil cells. With these devices, material – for example hydrogen – can be compressed to extreme pressures (equivalent up to several hundred million atmospheres). Such experiments as well as accurate computer simulations revealed how under these conditions – that can also be found in the interior of giant planets – hydrogen behaves like a fluid metal.

Together with the detailed recent gravity field measurements, these findings reveal that the interior of giant gas planets is more complex than previously thought. Instead of layered structures with distinct cores, they appear to have interiors that are better described by composition gradients with dilute cores that Helled calls “fuzzy”. “This gives us a new view of these giant gas planets,” she says, “and will help characterize giant gas planets around other stars.”

A better understanding of our own history

This new view not only leads to a better understanding of the structure and formation processes of the giant gas planets themselves. Because of their critical role in planetary systems, it also helps the scientists to understand the evolution of the entire solar system. With their enormous mass and strong gravity, they had a profound influence on trajectories of small objects, like asteroids, in the young solar system. Thus, they controlled what impacted on the inner planets, including Earth. These findings are an important reminder of how the study of seemingly unrelated fields can have a direct influence on our understanding of our place in the world.